The Florida Region Keeper of the Flame Man of the Year Award is the highest recognition a Club can give to one of its members. It is usually given to individuals who have worked on behalf of the club or region for many years.  Leadership, Innovation and Community are considered.

The Florida Region also makes available the Youth of the Year Award with a Youth Medallion awarded by each club.  This award is given to a youth recommended by a club’s rabbis or school administrators.

Congrats to our 2018-19 Honorees! You deserve all the kavod!

Their awards will be presented at the 2018 Keeper of the Flame banquets.

Rabbi Fishman married his wife, Ida, after graduating from Yeshiva College.  He was ordained as an orthodox rabbi in 1949.  His first pulpit was in Mobile, AL where he served for 2 years.  Then they moved to Tyler TX, where he served in a conservative congregation.

In 1963 the Fishmans came to Temple Beth El, with a membership of 110 families and plans for a new building.  Membership grew with younger families and the Sunday School classrooms were filled with 80-100 children.  By the mid-1970s Temple membership had grown to 600 families, and our new Fread Sanctuary was completed.  During this time, Rabbi Fishman and Ida were instrumental in founding the Jewish Community Day School, now known as the Meyer Jewish Preparatory School.  Ida was a much-loved teacher at the school for several years.  Due to health issues, he resigned from Beth El 1n 1976 and was awarded a lifetime membership in the congregation.

In 1977 Rabbi Fishman was awarded an honorary Doctor of Divinity degree from the Jewish Theological Seminary.

From 1978 to 1990 he was the rabbi at Congregation Beth Israel in Greenville, SC.  Upon retirement, he was awarded the title of Rabbi Emeritus.

In 1993 Hy & Ida returned to West Palm Beach and Temple Beth El.  In 1999 the Temple was “between rabbis” and Rabbi Fishman volunteered to officiate as rabbi and conduct services.  He continued to volunteer whenever there was a need for his services.  He was named Rabbi Emeritus in 2008.  That same year, the Men’s Club and Sisterhood held a tribute dinner in the Fishmans’ honor.  Profits from that dinner funded the Fishman Youth Fund, which still awards grants for Temple children to attend Camp Ramah, continuing the Fishman legacy of educating our youth.  Rabbi Fishman continued to attend Shabbat, Holiday and daily morning minyan services, where he gave a d’var Torah 4 mornings a week.  These talks were brief but informative, always leaving us with a newly learned tidbit of Jewish knowledge.

We are saddened to report that Rabbi Fishman passed away last November.  His wisdom is sorely missed by the minyan regulars and many Temple members.

Bill Troner is a Florida native having spent most of his early years in Tampa.  He attended the University of Florida and graduated with a Bachelor of Science in Electrical Engineering with High Honors in 1980. After graduation, he worked for the General Electric Co. as a Product Tester Support Engineer from 1980‐1982. Bill then returned to UF to attend law school, graduating with his Juris Doctorate with Honors in 1984.

After law school, Bill joined the Washington D.C. branch of the law firm of Barnes & Thornburg in 1984, filing and prosecuting patents for worldwide clients.  Bill then joined the legal department at Harris Corporation in Melbourne, Florida in 1986 as in-house patent counsel. Bill progressed through the ranks at Harris within the Intellectual Property division, to Senior Licensing Counsel for both the Semiconductor and Communications Sectors. In 1992 Bill helped start the first ever patent licensing program at Harris.  Bill left Harris Corporation in 1995 with a colleague to form the patent licensing company, Andre‐Troner LC. They represent primarily large entities including Harris, Kodak, Stanford University and Cypress Semiconductor and have raised over a billion dollars in revenue for their clients. Bill is a member of both the Florida Bar and the Patent Bar as well as the American Bar Association and the American Intellectual Property Law Association.

Bill and Lisa have been married for 28 years. Their son David is currently working as an Aerospace Engineer in the Advanced Concepts group of the Boeing Company in Long Beach, CA.

Bill has been a member of Temple Beth Sholom for over 32 years and has served on their Executive Board in various capacities over the last ten years.  He has also been a member of the Temple’s Men’s Club for 32 years.

We celebrate Michael as a Men’s Club activist, a builder of our Club, a stalwart “can do” guy, a proud supporter of our dynamic programming, a creator and coordinating leader of our “BIMAH SITTING” Committee for the past five years, and a good friend to all. Michael’s credo is “The only way to have a friend is to be one.”

Michael and Paula have been members of B’nai Torah Congregation since 2009 and during that time, Michael served on the B’nai Torah Board of Trustees. They are the parents of three children and have 7 grandchildren. Michael graduated from Washington University in St. Louis where he earned a Bachelor of Science in Business Administration. After graduation, he joined the U. S. Army and served as a medic.

Michael was manager of his family’s two supermarkets in Chicago. In 1976, he became president of the company and expanded to a 3rd location by purchasing another supermarket. Michael served the supermarket industry as the president of the Illinois Food Retailers Association (IFRA), which represented 275 independent supermarkets. He was elected to the Board of Directors of Certified Grocers, Midwest, which sold close to one billion dollars of merchandise a year to over 300 supermarkets in Illinois, Indiana, and Wisconsin.

As a family member and/or a friend of Michael, our BTC Men’s Club invites you to honor him by participating in our awards dinner and placing an advertisement 2019 Men’s Club Florida Region fundraising ad journal. We would like to honor Michael and his commitment to B’nai Torah Congregation, and our Men’s Club.

Ira was born and raised uptown in New York City and became a Bar Mitzvah at Inwood Hebrew Congregation, a Conservative shul.  After his bar mitzvah, he with his Mother and younger brother Harold, joined “Temple Beth Am-The Peoples Temple”, a Reform congregation.  While there, Ira was involved with the active youth group.

After graduation from City College of New York (CCNY) as an electrical engineer, Ira moved upstate to Binghamton, NY, where he worked for New York State Electric and Gas for three years before moving to San Jose, California.  He lived in the East foothills overlooking San Jose and raised Peruvian Paso walking horses as a hobby.  He was a member of Temple Beth Sholom of San Jose.  When the Rabbi took time off for medical leave Ira took over leading Friday night services for several months until another Rabbi was hired.  He was told that people enjoyed chanting the prayers with him because his voice was “not so good” so they were not as shy about their own singing voices.

Ira also became involved with New Age interests, crystals and meditation, while still leading services.  In 1989 when another Rabbi suddenly left, Ira had the opportunity to lead High Holy Day services just five weeks later, marking the beginning of his tenure as service leader which lasted five years.  During this time Ira participated in the Reform movement’s Rabbinic Aide training program, a two week summer camp, studying various topics to get a taste of a Rabbi’s duties.  He returned home with over 20 books on prayer, Midrash and Jewish thought.  As a result, Ira came to understand that Jewish learning is a lifelong pursuit.  During this time, Ira led High Holy Day services when up to 400 members of the community joined the 25 members of Temple Beth Sholom to pray.  Ira led meditations before and during the High Holy Day services for people to experience the presence of the Divine in a different way.

During the 1990’s Ira led meditation every few weeks at Temple Beth Sholom.  In 1997 he met Avram Davis, who started a Jewish Meditation center, Chochmat HaLev (Wisdom of the Heart), in Berkeley. Ira took classes to complete a one year and a three year course in leading Jewish Meditation.  After the one year course, Ira led twice monthly meditations at the Palo Alto JCC for six years, while completing the three year training.  Ira met his wife Jan on a weekend Jewish Meditation retreat at “The Land of Medicine Buddha” in the Santa Cruz Mountains, and married a few years later.

Ira had an interest in recycling from a young age.  He began by collecting bottles in NY to supplement his allowance.   At NYSE&G, Ira was part of the corporate paper recycling program.  After moving to California, Ira began his more than 40 year career at Metcalf & Eddy, now AECOM where he has been designing electrical power, control and instrumentation systems for water and wastewater treatment plants – caring for and healing the earth.  Several years ago, he became involved with a group that recycles plastic bottle caps to purchase wheelchairs for underserved children.  Although the charity, Chariots of Love, no longer collects caps, they just presented their 80th wheelchair to a teenager from Miami. (Monetary donations are welcome.)

Jan and Ira moved to Florida in 2006 and joined Temple Torah.  Jan was active in synagogue activities, and eventually Ira came to help build the sukkah.  Ira was invited to join the MC board and has been involved for the last six years participating in Men’s Club programs.  He is now President of the Men’s Club, President of the Temple Torat Emet Foundation, and was a member of the Mitzvah Matters and Temple Torat Emet House committees 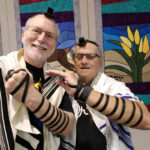 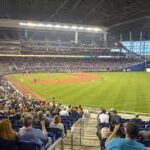 Summer is Here – What’s on Your Calendar?