Steve Krodman was born in New York in 1952 and spent his formative years in Massapequa on the south shore of Long Island, a town that was also the home of Jerry Seinfeld, the Baldwin brothers, Carmine Gambino, and Joey Buttafuoco.

After graduation, Steve moved to Houston, Texas to begin a 34-year career in the petrochemicals business, most of which was spent working for ExxonMobil Chemical. It was there that he met and fell in love with Donna, a native of Fort Worth.

Having attended a Conservative synagogue growing up, Steve had a “typical” Hebrew-school education and a solid Jewish identity despite growing up in a fairly nonobservant home. But it was when the family moved to central Connecticut in the mid-1980’s that Steve really connected with his Jewish roots. Finding themselves in an unfamiliar town with no friends or family nearby, affiliating with the local shul immediately connected Steve and Donna with the local community and helped them to feel at home. It was only a matter of time before Steve dusted off his long-unused Torah-reading skills, and with subsequent relocations (and at new synagogues) began learning how to lead services. After moving back to the Atlanta area, he and Donna affiliated with Congregation Etz Chaim, where Steve eventually became a part of the morning minyan group. He currently serves as one of the shul’s gabbaim, as well as leading various services and shiva minyanim throughout the year.

Steve’s involvement with Men’s Club began with an invitation to attend the annual Anshei Darom regional retreat at Camp Ramah Darom in 2002. Meeting inspiring, involved men from clubs throughout the southeastern United States was a catalyst for his becoming active in his own congregation’s Men’s Club, progressing from Treasurer to club President. This led to his moving on to various roles in the Anshei Darom Region, including executive V.P. (2007-08) and regional president (2009-10). Steve has participated in FJMC’s LDI several times and served as co-chair of the 2011 World Wide Wrap. As of this writing he has attended three FJMC international conventions; he may very well be the first person in FJMC convention history to lead a Ma’ariv service on the beach while using an electronic siddur on his iPhone.

Meanwhile, with both daughters having been graduated from college and living on their own, Steve and Donna are technically “empty nesters. Steve has been retired from his career in petrochemicals for four years now. In addition to his ongoing avocation as an Online Journalist whose first site was recognized by Carnegie Mellon University as one of the 100 most informative blogs in the world, he is currently working on developing a series of books and animated cartoons geared toward youngsters but meant to be shared with their grandparents, focusing on providing children with a moral compass.

“One of the greatest thrills I have is seeing the wonderment of first-time Convention attendees when they see what FJMC is really all about – energetically sharing ideas and information so that every club can be the best it can be,” says Steve. “That’s what powers our Men’s Clubs and helps them to involve Jewish men in Jewish life. Steve’s humor, intellect, enthusiasm, leadership, and kindness to all he meets make him truly a man among men. 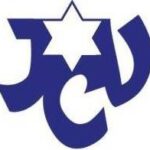