The history of the Federation of Jewish Men’s Clubs can be measured by how well its leadership adhered to its mandate: To build a network of Men’s Clubs in order to strengthen the Jewish home, synagogues and the Conservative Movement. In the mid-1920’s, Rabbi Samuel M. Cohen, then the Director of the United Synagogue of America, conceived of bringing together leaders from existing Conservative Movement Men’s Clubs into a “National Federation of Jewish Men’s Clubs of the United Synagogue of America.” He envisioned that this group would foster an interchange of ideas that would help them focus on their common needs. Early NFJMC leadership came from the New York and Philadelphia areas; it was not until 1952, when Albert Jacobson from Chicago was elected president, that the organization had its first leader from somewhere other than the East Coast. From that point on, the NFJMC became unique among Conservative Movement organizations in that it did not view New York as the center of the Jewish community in North America. With the growing strength of Canadian Men’s Clubs, the adjective “National” was dropped from the organization’s name thus, the International Federation of Jewish Men’s clubs became known as its acronym, FJMC.

The story of the FJMC Florida Region began in 1964, a year of hope and promise.  It was a year that saw the rise of The Beatles, the beginning of Bewitched and boxer Cassius Clay became Muhammad Ali, heavyweight champion of the world. The New York World’s Fair showed us a future of peace and prosperity as Race Riots gripped big cities and the Civil Rights Act of 1964 was signed into law.  This was the year that the Florida region of the FJMC was formed.  Since that humble beginning the Florida Region had grown into an interconnected network of almost two dozen affiliated Men’s Club’s with almost 2,000 members. 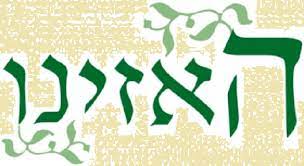 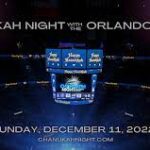