Jewish Men’s Clubs and Brotherhoods across the Florida Region of FJMC can help advance our mission of involving Jewish men in Jewish Life by encouraging membership and support for MERCAZ USA and its parent MERCAZ Olami, the world organization of the Conservative movement.

MERCAZ USA is the United States branch of MERCAZ OLAMI, the Zionist organization of the Masorti (Conservative) Movement. MERCAZ represents Masorti Judaism within the World Zionist Organization and Congress, the Jewish Agency for Israel, the American Zionist Movement, and the Jewish National Fund. MERCAZ is the force that advocates for funding of pluralistic streams of Judaism in Israel through the World Zionist Congress, which is crucial to our movement’s growth in Israel and around the globe.

Their mission is to further the cause for true religious pluralism in Israel and strengthen the connection between, and create engagement opportunities for, the people of Israel and Jews living in the Diaspora. MERCAZ USA is proud to be the sponsor of ‘Masorti on Campus,’ supporting Masorti activities on college/university campuses, and ‘Mercaz Reads Israel,’ an online book club connecting Diaspora Jews to Israeli authors. 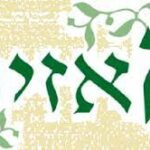