When you Choose Shabbat, you choose to learn that every Shabbat is different and special. This week I learned that Parashat Vayishlach (Genesis 32:4 through 36:43), the eighth weekly Torah portion in the annual cycle of Torah readings, is tied with Parashat Noach for the most verses of any weekly Torah portion in the Book of Genesis (Parashat Miketz has the most letters; Parashat Vayeira has the most words). According to Wikipedia, Vayishlach contains 7,458 Hebrew letters, 1,972 words, 153 verses and 237 lines of the Torah Scroll.

Vayishlach (וַיִּשְׁלַח‎), translated as “and he sent“, is a story that puts Game of Thrones to shame. It is a tale of the supernatural (Jacob wrestles with an Angel), tension and reconciliation between brothers (Jacob and Esau), rape (Dinah) and revenge (Dinah’s brothers sack the city of Shechem), death and new life (Rachel dies in childbirth to Benjamin).

Yakov leaves Laban’s house and is aware that he will soon reencounter his brother Esau, whom he has last seen under difficult circumstances. He is worried that Esau still carries a grudge and might seek to do him harm, so he devises a plan to separate his camp into separate troops but first to send abundant gifts to his brother in order to seek his favor. He asks G-d to protect his family and he remains alone the night before their reunion and wrestles with an unknown being. Yakov prevails but is injured and the being, an angel tells Yakov that his name is changed to Yisroel since he has striven against man and angels and prevailed. It is in this injured state that Yakov is reunited with Esau and the brothers each then return to their respective homes after achieving a truce.

Significantly, Yakov tells his brother, I have sojourned all these years with our Uncle Laban and the word he chooses in Hebrew is “Gartee” whose mathematical value is 613. The point he makes with Esau is, despite being surrounded by idolaters, I have maintained my belief in the G-d of Israel. At this time of year, for those of us who are bombarded by the media and garish Christmas displays of our neighbors, we must also be able to say with confidence, the idolatry which we encounter around us does not sway us from our mission. We must, like Yakov, wrestle with our impulse and prevail, lest we lose ourselves in the garish displays and false hopes just or the sake of fitting into a pagan, hedonistic observance of a non-Jewish religious observance. May we, like Yakov, be worthy of always being called by the name Yisroel and be worthy always of G-d’s blessings for us. 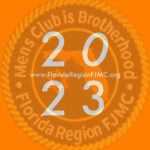